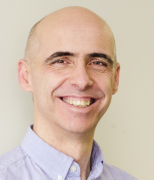 Off-policy evaluation is the problem of predicting the value of a policy given some batch of data. In the language of statistics, this is also called counterfactual estimation. Batch policy optimization refers to the problem of finding a good policy, again, given some logged data.

In this talk, I will consider the case of contextual bandits, give a brief (and incomplete) review of the approaches proposed in the literature and explain why this problem is difficult. Then, I will describe a new approach based on self-normalized importance weighting. In this approach, a semi-empirical Efron-Stein concentration inequality is combined with Harris' inequality to arrive at non-vacuous high-probability value lower bounds, which can then be used in a policy selection phase. On a number of synthetic and real datasets this new approach is found to be significantly superior than its main competitors, both in terms of tightness of the confidence intervals and the quality of the policies chosen.

The talk is based on joint work with Ilja Kuzborskij, Claire Vernade and Andras Gyorgy.

Data are increasingly measured, in ever tinier minutiae, by networks of spatially distributed agents. Illustrative examples include a team of robots searching a large region, a collection of sensors overseeing a critical infra-structure, or a swarm of drones policing a wide area.

How to learn from these large, spatially distributed datasets? In the centralized approach each agent forwards its dataset to a fusion center, which then carries out the learning from the pile of amassed datasets. This approach, however, prevents the number of agents to scale up: as more and more agents ship data to the center, not only the communication channels near the center quickly swell to congestion, but also the computational power of the center is rapidly outpaced.

In this seminar, I describe the alternative approach of distributed learning. Here, no fusion center exists, and the agents themselves recreate the centralized computation by exchanging short messages (not data) between network neighbors. To illustrate, I describe two learning algorithms: one solves convex learning problems via a token that randomly roams through the network, and the other solves a classification problem via random meetings between agents (e.g., gossip), each agent measuring only its own stream of features.

This seminar is aimed at non-specialists. Rather than trying to impart the latest developments of the field, I hope to open a welcoming door to those wishing to have a peek at this bubbling field of research, where optimization, control, probability, and machine learning mingle happily. 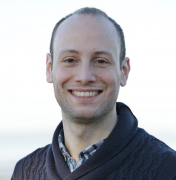 This talk summarises some new developments in Bayesian statistical methodology for performing inference in high-dimensional inverse problems with an underlying convex geometry. We pay particular attention to problems related to imaging sciences and to new stochastic computation methods that tightly combine proximal convex optimisation and Markov chain Monte Carlo sampling techniques. The new computation methods are illustrated with a range of imaging experiments, where they are used to perform uncertainty quantification analyses, automatically adjust regularisation parameters, and objectively compare alternative models in the absence of ground truth.

When faced with a data analysis, learning, or statistical inference problem, the amount and quality of data available fundamentally determines whether such tasks can be performed with certain levels of accuracy. Indeed, many theoretical disciplines study limits of such tasks by investigating whether a dataset effectively contains the information of interest. With the growing size of datasets however, it is crucial not only that the underlying statistical task is possible, but also that is doable by means of efficient algorithms. In this talk we will discuss methods aiming to establish limits of when statistical tasks are possible with computationally efficient methods or when there is a fundamental Statistical-to-Computational gap in which an inference task is statistically possible but inherently computationally hard.

This is intimately related to understanding the geometry of random functions, with connections to statistical physics, study of spin glasses, random geometry; and in an important example, algebraic invariant theory. 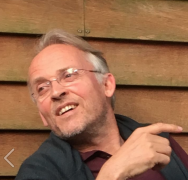 Stochastic optimal control theory deals with the problem to compute an optimal set of actions to attain some future goal. Examples are found in many contexts such as motor control tasks for robotics, planning and scheduling tasks or managing a financial portfolio. The computation of the optimal control is typically very difficult due to the size of the state space and the stochastic nature of the problem. Special cases for which the computation is tractable are linear dynamical systems with quadratic cost and deterministic control problems. For a special class of non-linear stochastic control problems, the solution can be mapped onto a statistical inference problem. For these so-called path integral control problems the optimal cost-to-go solution of the Bellman equation is given by the minimum of a free energy. I will give a high level introduction to the underlying theory and illustrate with some examples from robotics and other areas.