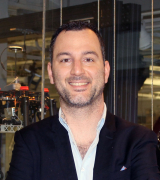 Cyber-physical systems (CPS) comprise interacting digital, analog, physical, and human components engineered for function through integrated physics and logic. Incorporating intelligence in CPS, however, makes their physical components more exposed to adversaries that can potentially cause failure or malfunction through actuation attacks. As a result, augmenting CPS with resilient control and design methods is of grave significance, especially if an actuation attack is stealthy. Towards this end, in the first part of the talk, I will present a receding horizon controller, which can deal with undetectable actuation attacks by solving a game in a moving horizon fashion. In fact, this controller can guarantee stability of the equilibrium point of the CPS, even if the attackers have an information advantage. The case where the attackers are not aware of the decision-making mechanism of one another is also considered, by exploiting the theory of bounded rationality. In the second part of the talk, and for CPS that have partially unknown dynamics, I will present an online actuator placement algorithm, which chooses the actuators of the CPS that maximize an attack security metric. It can be proved that the maximizing set of actuators is found in finite time, despite the CPS having uncertain dynamics.